Once again, my friend K (the orchid whisperer) sent me a photo of an orchid blooming. The story is not dissimilar to the last one, so I’ll spare you the narrative and get right to the facts.

<—do you see them? they aren’t easy to find! 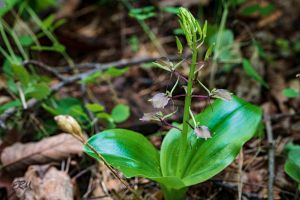 Liparis liliifolia grows in a large variety of habitats, wet and dry, soils more or less acidic. But mostly it likes disturbed areas, for example where there’s more sunlight due to a tree falling; however, populations will decline after a few years as the forest canopy closes in again.

Like showy orchis and pink lady’s slipper, it sports two basal leaves. The single flowering stem can bear up to 30 flowers. 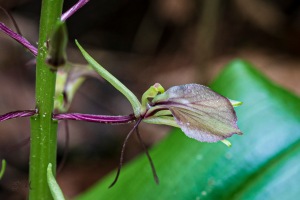 I can’t get over that translucent lip.

2 thoughts on “And Another Orchid”