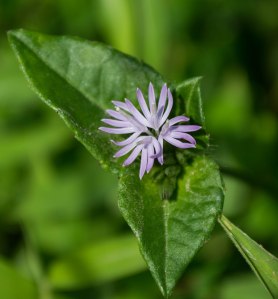 If you’ve been following my blog you’re probably wondering why this plant is placed in the aster family.  Doesn’t look anything like an aster, does it?  Look closely at the inflorescence; what you’re seeing is four individual disk flowers, each with a 5-lobed corolla.  No ray flowers.  Pretty neat!

I first encountered Carolina elephant’s foot when we moved to our current house.  It was growing as a lawn weed (the foliage is pretty distinctive); I let a small patch of it bloom in order to identify it.

It’s all over the place along the C&O canal, blooming from July to September, but it’s endangered in Pennsylvania and New Jersey (the northernmost part of its range). It can be found south through Florida and as far west as Texas. 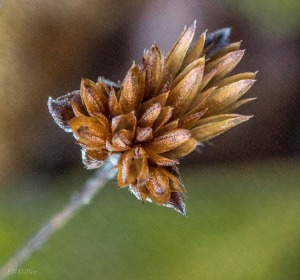 Here’s what it looks like in mid-October, gone to seed.