In mid September Steve and I were on a particularly steep hike on Cape Breton Island: Franey Mountain, with an ascent of 1100 feet in just under 2 miles. 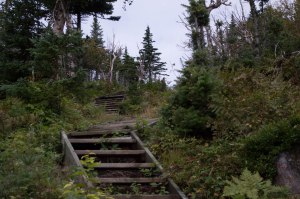 Pausing to catch my breath, I noticed that the plants were covered in dew.  So of course I pulled out the camera and started taking close up pictures. 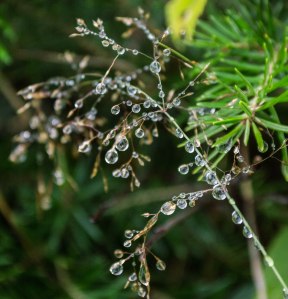 If Steve the Impatient hadn’t been there, the macro lens and tripod would have been out, too, and I probably would have stayed until the dew dried.  As it was I got a few decent hand-held shots.   (And to be fair, it’s pretty boring standing around while someone else plays with the toys.) 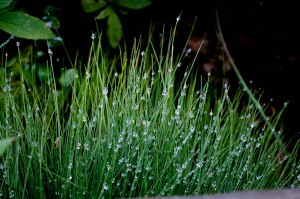 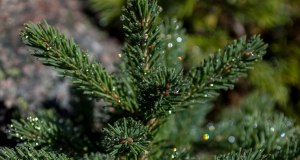 Notice how the tree tops are reflected in the drops on the fir needles in this next shot: 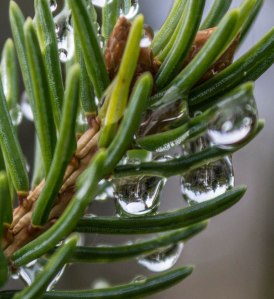 And of course there’s my current banner photo at the top of this page.

I don’t know why I am so enthralled by small, ephemeral things, but I am.