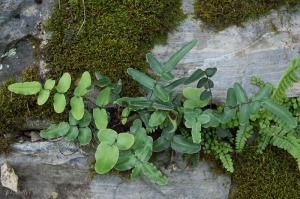 It’s been said that botany is the study of terminology.  Ferns have a language all their own (mostly).  Here’s a little primer on how ferns are structured and described.

A fern consists of a rhizome (a horizontal underground stem), with roots below and fronds above.

The frond is the entire “stem and leaf” arising from the rhizome.

The frond consists of a stipe, blade, rachis, and pinnae.

The stipe is the portion of the stem from ground level to the lowest pinna (analogous to the petiole of a flowering plant).

the highlighted portion is the stipe

The blade is the portion of the frond carrying the leafy tissue (analogous to the leaf of a flowering plant). 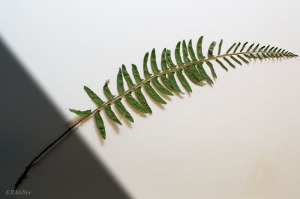 everything except the stipe is the blade

The rachis is the midrib portion of the stem within the blade, and the pinnae (singular pinna) are the green parts of the frond (analogous to the leaflets of a compound leaf).

a single pinna highlighted; the pinnae are attached to the rachis

In twice cut (bipinnate) ferns, the pinnae are further divided into pinnules (sub-leaflets).

a single pinna with pinnules

In thrice cut (tripinnate) ferns, the pinnules are divided into pinnulets (sorry, no pictures!).

There’s terminology for blade shapes, too.  An undivided blade is simple. 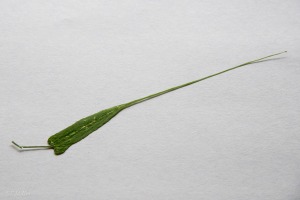 A blade with divisions reaching all the way to the rachis is pinnate (once-cut). 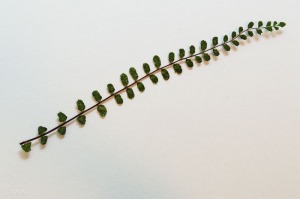 If each pinna is further divided all the way to the midrib, the blade is bi-pinnate. 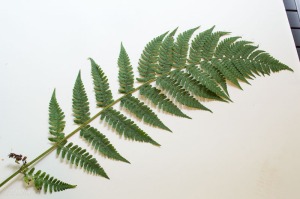 If each pinnule is further divided all the way, the blade is tri-pinnate (again, no picture).

A blade with divisions not reaching all the way to the rachis is pinnatifid: 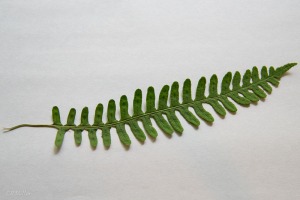 These terms can exist in combination.  This broad beech fern (Phegopteris hexagonoptera) is pinnate-pinnatafid according to one authority,

but it sure looks bi-pinnatafid to me: 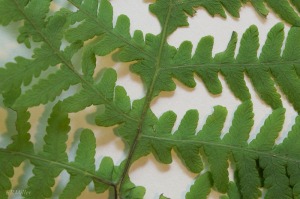 Next time, a look at some fertile fronds.

2 thoughts on “Fern Morphology and Terminology: an Illustrated Guide”