After a recent post, a friend asked what “exploitably vulnerable” meant. Which got me thinking, I usually report the conservation status of the plants I write about, but have never defined these terms.  So here’s a little primer.

Some time ago, The Nature Conservancy devised a system for ranking the rarity of plant species on a global scale*.  Many organizations and government agencies started using this system, or devised their own system based on it. The global system looks like this:

G1 – critically imperiled throughout its range due to rarity (5 or fewer sites or very few remaining individuals) or other factors
G2 – imperiled, high risk of extinction due to restricted range, low number of populations, or other factors
G3 – moderate risk of extinction due to range, number of populations, etc.
G4 – apparently secure, uncommon but not rare, some cause for concern
G5 – demonstrably secure throughout the range
GX – believed extinct, rediscovery unlikely
GH – known historically, currently no known occurrences, some hope of rediscovery

When I write about a plant’s conservation status, I use data from the USDA Plants Database. I presume (but am not sure) that their reporting of rank comes from the various state agencies; certainly they are using each state’s terminology. And that’s where things get interesting.

Each state has essentially the same system of classification, based on the global ranking system, but with some variation in terminology and definitions. Thus, the state of Maryland’s ranking system goes

S1: Highly State rare. Critically imperiled in Maryland because of extreme rarity (typically 5 or fewer estimated occurrences or very few remaining individuals or acres in the State) or because of some factor(s) making it especially vulnerable to extirpation. Species with this rank are actively tracked by the Natural Heritage Program.

S2: State rare. Imperiled in Maryland because of rarity (typically 6 to 20 estimated occurrences or few remaining individuals or acres in the State) or because of some factor(s) making it vulnerable to becoming extirpated. Species with this rank are actively tracked by the Natural Heritage Program. 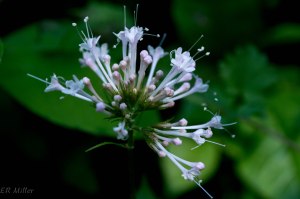 Based on these rankings, Maryland has a status list: Endangered, In Need of Conservation, Threatened, and Endangered/Extirpated (and a few more).

These are the phrases I’m reporting in my posts. The exact definition of “endangered” may vary from state to state, but it’s safe to assume that endangered is always the most imperiled condition, threatened is next, then rare, then come the terms like “exploitably vulnerable” or “special concern.”

You may be wondering, have I ever found any rare plants? Sure. I wrote about climbing dogbane last June, and I’ve found a few other S1s and S2s, and quite a few S3s, and reported them to the DNR when appropriate. Since I haven’t memorized the sadly long list of rare, threatened, and endangered plants in Maryland, it’s only after I return home and start researching that I realize what I’ve found. Such a discovery is often followed by a clearing of my calendar so I can get back to the site as soon as possible and get more and better pictures, and geotag them.

It’s rather like a treasure hunt, except of course I only observe them, and make damn sure I’m not harming them or their environment.

* for much of the information in this post I am indebted to the publication “Rare Native Plants of Rhode Island” by Richard W. Enser of the Rhode Island Natural Heritage Program, and NatureServe.  I was unable to find the original source material on the global ranking system, but found several other state websites that described the global ranking system; all used minor variations on the same language.