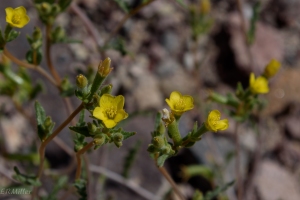 Not unlike the case with cryptanthas, there are many species of Mentzelia (87 in North America), and they can be difficult to differentiate.

But not impossible. Based largely on location data from Calflora and BONAP, I’ve narrowed it down to M. albicaulis and M. obscura. Given that the former is found in a much larger area, and there are many more sightings of it in the Death Valley area (per Calflora), I’m placing odds on it being M. albicaulis (aka whitestem blazing star). 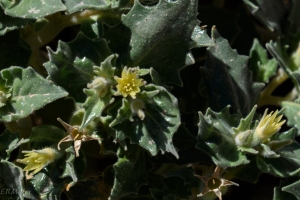 Death Valley blazing star is easier to identify, mostly because of the leaves. 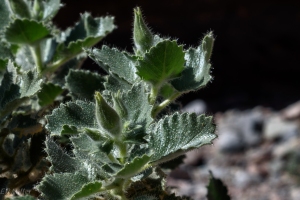 Calflora considers in endemic to California, though BONAP shows it in several contiguous Mojave Desert counties, including ones in southern Nevada and northwest Arizona. At any rate, its range is much more limited than the first species. 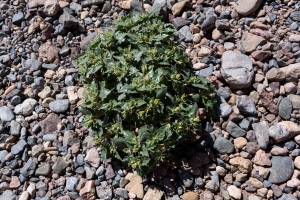 All Mentzelias under discussion are annual forbs, though there are perennials and one vine in the genus.