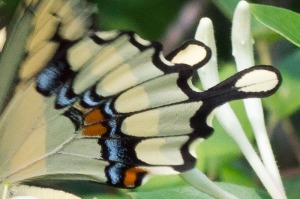 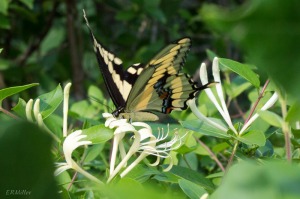 With a wingspan of 4 to 6 1/2 inches, this is one impressive butterfly.  Darn thing never stayed still as it flitted about the honeysuckle (Lonicera species). Giant swallowtails can be found east of the Rocky Mountains in the US, as far south as Florida and into the desert southwest. 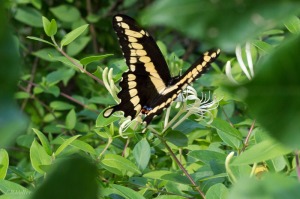 [photographed near the Potomac River at Rumsey Monument, Shepherdstown, WV] 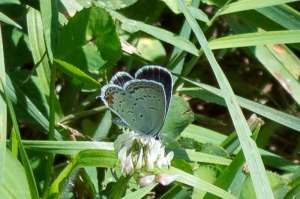 Much, much smaller (but just as hard to photograph), with a wingspan of about an inch, is the eastern tailed-blue (Cupido comyntas; Lycaenidae); this male is on white clover (Trifolium repens; Fabaceae). 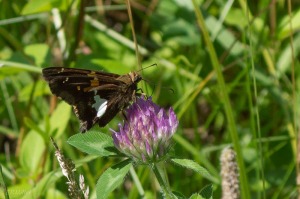 And rather less spectacular, with a wingspan up to 2 1/2 inches, is the silver-spotted skipper (Epargyreus clarus; Hesperiidae), shown on red clover (Trifolium pratense; Fabaceae).