flowering dogwood (Cornus florida, Cornaceae)
stands out among other trees

Along the banks of the Hawlings River in northeastern Montgomery County lies a 650-acre area called the Rachel Carson Conservation Park. The park has no facilities, just a few interpretive signs and about six miles of natural-surface trails through the rolling woods and meadows. 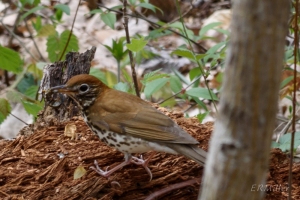 Among local native plant enthusiasts this park is known primarily for its pinxter flower azaleas, and that was reason enough for me to go. But I was pleasantly surprised by how nice the area is. By “nice” I mean not full of people and trash, and not over-used. I found some wonderful flowers and plants other than the azaleas, including two species that I had never seen before. This always makes for a great day but one of the species was an orchid, which catapults Rachel Carson Conservation Park to the top of my favorite places list.

Animal viewing was good, too. There was a wild turkey that I couldn’t get pictures of; I was making notes at the time and those birds move fast! There were lots of spicebush swallowtails but they didn’t sit still for more than a second. 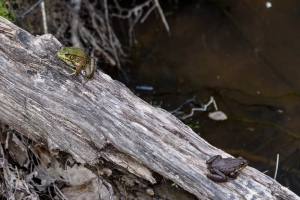 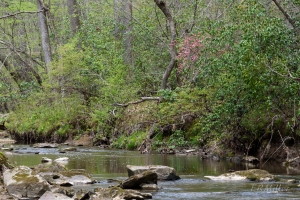 see the pink shrub peeking out?

More about the plants in the next several days.